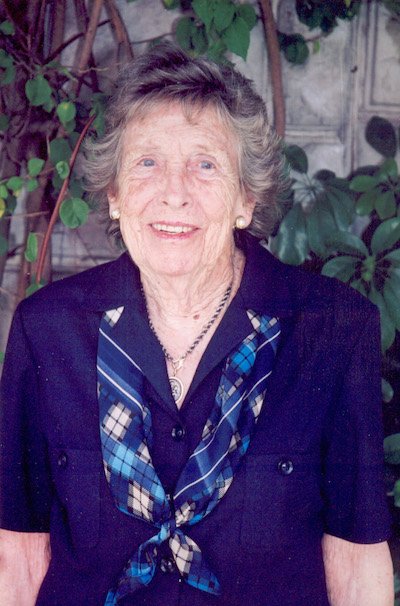 A lady of courage and vision! Her passion for education, her innovative ideas, her resolute and tireless attitude were to pave the way to many of the challenges she took on in her lengthy career .

Mrs Mazzini graduated as an English teacher in England and from then on dedicated her life to education and educational management.

She founded and directed  two schools, "St. Catherine's School" in the neighbourhood of Belgrano R and "Moorlands School" in the town of Tortuguitas. Both today, are integrated becoming one school with two campuses (Belgrano and Tortuguitas).

Here, she introduced the programmes of the International Baccalaureate articulating them with the Argentine National Curricula, she also encouraged both academic trips and sport tours as well as student exchange programmes both within and outside the country.

She achieved great recognition for her work as board member of many national and international associations. Pioneer and driving force in the propagation of the International Baccalaureate, the United World Colleges, the English Speaking Union and International House. Lecturer in the country and abroad, she also published articles on modernising argentine education.

During Mrs. Mazzini's long and fruitful path in education, she recieved several distinctions in recognition for her hardwork and innovative spirit. She was awarded an MBE Member Of The British Empire by her Majesty Queen Elizabth II,  Chevalier de L'Order des Palmes Academiques, awarded by the French government, named ''Ciudadana Ilustre de la Ciudad Autonoma de Buenos Aires'' and  ''Premio Mujer'' awarded by the Association of Profesional and Business Women of Argentina''.

During her life Mrs Mazzini has touched many minds and hearts and has been and still is an inspiration to many generations. She won the trust and affection of students, teachers and collaborators who always showed her their care, admiration and gratitude. Her stalwart through the years, has been her daughter Mabel Mary Mazzini Manzitti who together with her family, share her passion and drive to continue improving education with her same faith and love.